Inspired by the learning factory ideas at Penn State, the concept for this unique laboratory was incubated by Dr. Andres Carrano during the period 2000-2005. With support of many faculty members at RIT and with the pivotal funding from Toyota Motors North America, this facility  moves to its location in the Gleason Hall (2003) and is renamed to its current designation (2006). In 2007, John Kaemmerlen, Matthew Marshall and Wendy Dannels formally augment the faculty staff of the Toyota lab, effectively amplifying the impact and reach of its activities.

Here is a link to a somewhat old (2012) presentation containing some history and the educational framework of the Toyota Lab.

Between, 2006-2013, Dr. Carrano serves as the founding Director of the Toyota Production Systems Laboratory. During this time, the lab grows a national reputation that earned many accolades, including the IIE Lean Teaching Award (2010) and the IIE UPS Minority Award (2013). Also, significant funding is secured through grants from the National Science Foundation, US EPA and through various workforce development workshops and camps.

In 2010, Dr. Carrano serves as the Co-principal investigator under the initiative led by Dr. Margaret Bailey (PI) and secure $420K from the Toyota Foundation USA to initiate the “Renewing America through REMS: Relevant Education in Math and Science” program. The purpose of this program is to provide K-12 students and teachers with real world problems that can be tackled in an experiential manner. The link to the REMS program and all the free materials can be found here. By 2013, hundreds of K-12 kids were getting exposed every year to manufacturing experiences through camps organized by RIT’s Women in Engineering Programs.

While Dr. Carrano is no longer affiliated to the Toyota Production Systems Lab, he remains a strong advocate of the unit and encourages everyone to visit this wonderful facility. The current Director is Professor John Kaemmerlen and he can be reached at (585) 475-2767 or jxkpdm@rit.edu. 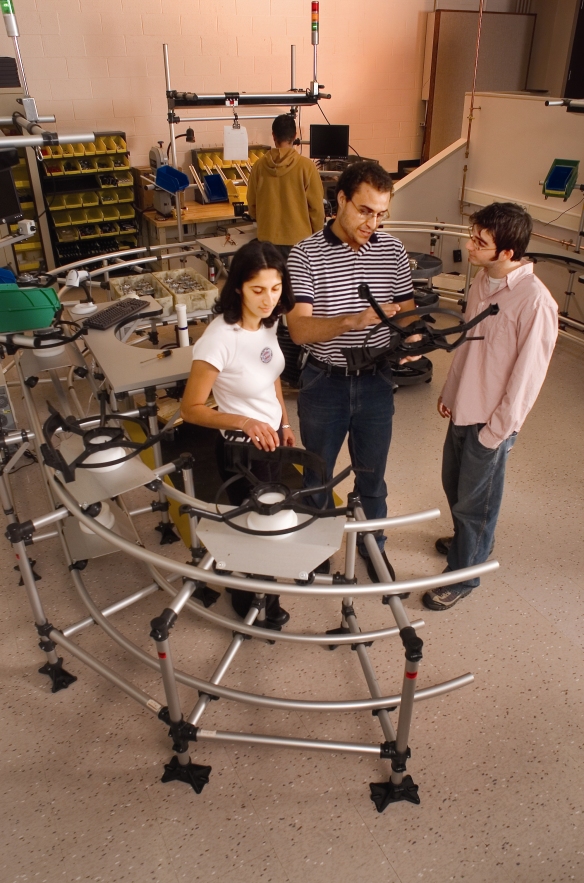